With IN-SPACe in the Picture, What Is the Space Activities Bill’s Place? 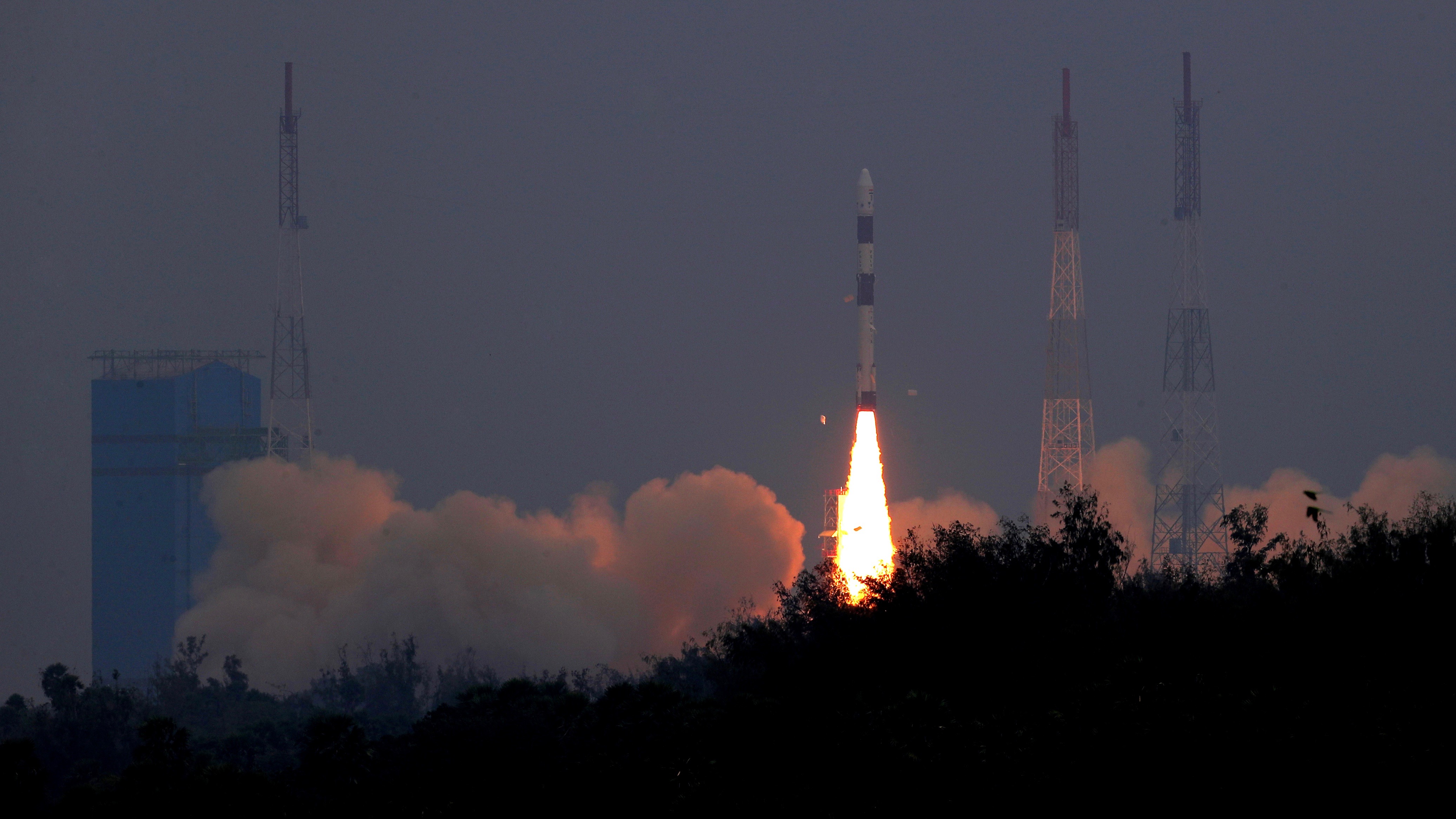 [This article was first published on The Wire. All rights appurtenant to this article vests with The Wire only and it is being republished at this platform without any intention of violating them. The initial piece can however be found here]

India joined the global space race in 1962 under the guidance of Vikram Sarabhai. In 1969, its Indian National Committee for Space Research became the Indian Space Research Organisation (ISRO), which has since handled India’s space activities.

In the last few decades, ISRO has worked on 101 launched missions, and has launched 269 satellites for 32 countries. However, these engagements have overburdened the organisation and today there’s a dire need to shift part of its responsibilities to other bodies so it can focus on research and development. Thus, ISRO established the Antrix Corporation Ltd. and more recently New Space India Limited (NSIL).

The country’s space programme also needs to transition  away from its over-reliance on the state-run space agency and allow private participation in end-to-end activities. Privatisation could also improve the democratisation of knowledge, employment opportunities, economic growth and private investment, and produce new opportunities for startups.

In this context, the last few months have been interesting. The government overhauled the roles and responsibilities of NSIL and created a nodal agency, called the Indian National Space Promotion and Authorisation Centre (IN-SPACe). However, the government’s overall path to privatisation seems unclear.

The Space Activities Bill 2017 was the Centre’s first institutional step towards promoting private participation in the space sector. It drew considerable flak for not thinking through the concerns of the private sector, but since then also seems to have been sidelined. Instead, the government seems to have sidestepped the legislative mode by setting up IN-SPACe.

After IN-SPACe was announced, K. Sivan, ISRO chairman and secretary of the Department of Space (DOS), said the entity “could be turned into a regulatory body when the necessary laws and regulations are in place” and that appropriate policies outlined in the Bill could be used to enable IN-SPACe’s powers and responsibilities.

DOS announced IN-SPACe in June 2020 to regulate private industry’s activities to make the space sector “open and inclusive”. While universalising the use of the state’s space infrastructure, the announcement also promised DOS would maintain a level playing field for private players. IN-SPACe is to have its own chairperson and independent directorates to deal with technical, legal, safety and security, monitoring and promotional issues. The board of directors is planned to include private actors and academicians, presumably to ensure the body will promote innovation and also instil confidence among stakeholders and investors.

While the industry awaits more details, media interviews with Sivan suggest IN-SPACe will endeavour to be independent and fair, and be separated from ISRO to minimise conflicts of interest. This said, there is still a considerable amount of confusion about IN-SPACe’s structure and what plans the government has for it.

The absence of a national legal framework to regulate private space is also important. Such a framework could help IN-SPACe, which, as a regulatory body, will have to deal with different regulatory mechanisms and issues of authorisation, licensing, registration, liabilities, determination of offences and sanctions, among other things.

This said, the Space Activities Bill would have been a poor candidate, if the government had continued with it. By critiquing the last version of the Bill, we can build a sense of what a favourable bit of legislation should look like.

One of the Bill’s principal drawbacks is a vagueness that leaves considerable room for opportunistic interpretations by the government. It doesn’t clarify its applicability to the “territory of India, including airspace and territorial sea”, in line with the definition of a ‘launching state’ in international law, but it doesn’t define the term “Indian origin” in section 1(2). It could instead use the terms “resident” and “non-resident”, and harmonise with India’s existing tax laws.

The Bill doesn’t extend to “non-citizens carrying out activities in India”, so the liability of non-citizens using Indian launch services are not specified.

In line with the Article VII of the Outer Space Treaty (OST), Article I(c) of the Liability Convention, Article 1(a) of the registration convention and GA Res 59/115, “procuring of launch, use of territory or facility of India for any launch, purchase of in-orbit operational satellite and attempted launch” should be included in the Bill to expand its scope of space vehicles.

The portion on regulatory mechanisms vis-à-vis space activities is vague, disappointingly open-ended and proposes excessive delegation. For time-sensitive space activities, delegation will encourage confusion and arbitrariness. In addition, the draft is based on responsibilities as a ‘launching state’ as per Article VI of the OST, but broader concepts like responsibility of and supervision by “appropriate state” and for “national activities” as mentioned under Article VII of the OST have been ignored.

So in addition to using space in the interest of national security, the Bill can get more in line with other international instruments by including aspirations like “for the benefit and in the interests of all countries”, “due regard to the corresponding interests of all other states” and “guided by the principle of cooperation and mutual assistance”.

The draft also fails to emphasise the importance of protecting the space sector in the long term. A Bill should specify the requisite licensing categories, their necessary conditions, and mandate sufficient funding and use of viable technologies pursuant to licensing agreements.

The Business Allocation Rules 1961 entrust the DOS with all matters related to space science, and the Bill should recognise it as such, with powers to issue departmental guidelines.

Authorisation and licensing form the backbone of private sector participation. The Bill specifies a simple licensing regime but its provisions aren’t clear. India would benefit from a clearer legal governance system, closer to what other countries have adopted, that also reduces the state’s scope for rule-making.

While many conditions for grant and revocation of license are mentioned, principles like “benefit of all” and “non-appropriation” haven’t been addressed. In addition, section 7(2) provides for conditions subject to which licenses may be granted but doesn’t include preservation of the space sector as a relevant factor.

Similarly, the requirement of information under Section 8(2)(d), parallel to the Registration Convention 1976, doesn’t include information on “general functions of the space object” or “objects that are no longer in Earth orbit”, contrary to the terms of the convention and additional information under GA Resolution 62/101.

Also, it might be proper to also clarify that in situations where India provides launch services, it shouldn’t be liable to ascertain whether the private company obtained compliance certificates and authorisations from its respective country.

Since India’s space sector has thus far been run by the state, liability-sharing is an important part of private sector participation. However, the Bill proposes only a general indemnification, without any judicious clarifications on how and through what mechanisms the state and non-state actors will share liability vis-à-vis space and dual-use technologies.

International instruments also provide for the state’s absolute liability on Earth and fault-based liability in space. Space operators should also be allowed to claim limited liability, in cases of non-negligence, for promoting private participation.

Apart from such mechanisms, the Bill would also benefit by a cap on the quantum of damages that may be claimed, á la the Civil Liability for Nuclear Damage Act 2010. Many jurisdictions also require companies to purchase insurance before licensing. The US for example has a tiered and capped liability structure that reflects myriad components of the space industry.

The Bill should also require compulsory insurance coverage for potential risks to the lives and health of astronauts and other personnel, and for the infrastructure. In cases of international disputes, insurance claims and financial securities should be deposited with the government tasked with dispensing the amounts.

The part about offences and penalties is quite elaborate, and includes punishments for unauthorised activities, furnishing false information, suppression of information, damage to environment (without clarifying what constitutes damage), disclosure of restricted information, etc.

To further strengthen space security, DOS should be allowed to use the appropriate state services to ensure safety protocols are observed during the conduct of space activities, and be given the power to investigate any space accidents or disaster within the Indian jurisdiction, including search and rescue of astronauts.

Finally, according to the Bill’s section 25, the ownership of any intellectual property created in outer space vests with the central government. Many stakeholders have protested this stipulation but some have added that the provision can be cured by introducing a “waiver policy for nonexclusive, royalty free licence for government use and the right to step in if the contractor does not develop”.

So in the absence of contrary international obligations, the intellectual property laws of India should apply to all space activities undertaken by Indian entities, and any disputes arising thus should be settled through arbitration.

The creation of IN-SPACe is the right step to further the privatisation of India’s space sector. Several industries, including telecom and information technology, will benefit from the consequent commercialisation and innovation. However, the Space Activities Bill is too flawed to be able to regulate IN-SPACe, and should be replaced with a better instrument to regulate private sector participation together with IN-SPACe.